On August 31, the Changjiang Civilization Museum (Wuhan Natural History Museum) and UNESCO Beijing Cluster Office launched their cooperation for the co-organizing of the 2018 and 2020 Great Rivers Forums (GRF), supported by the Municipal Government of Wuhan. 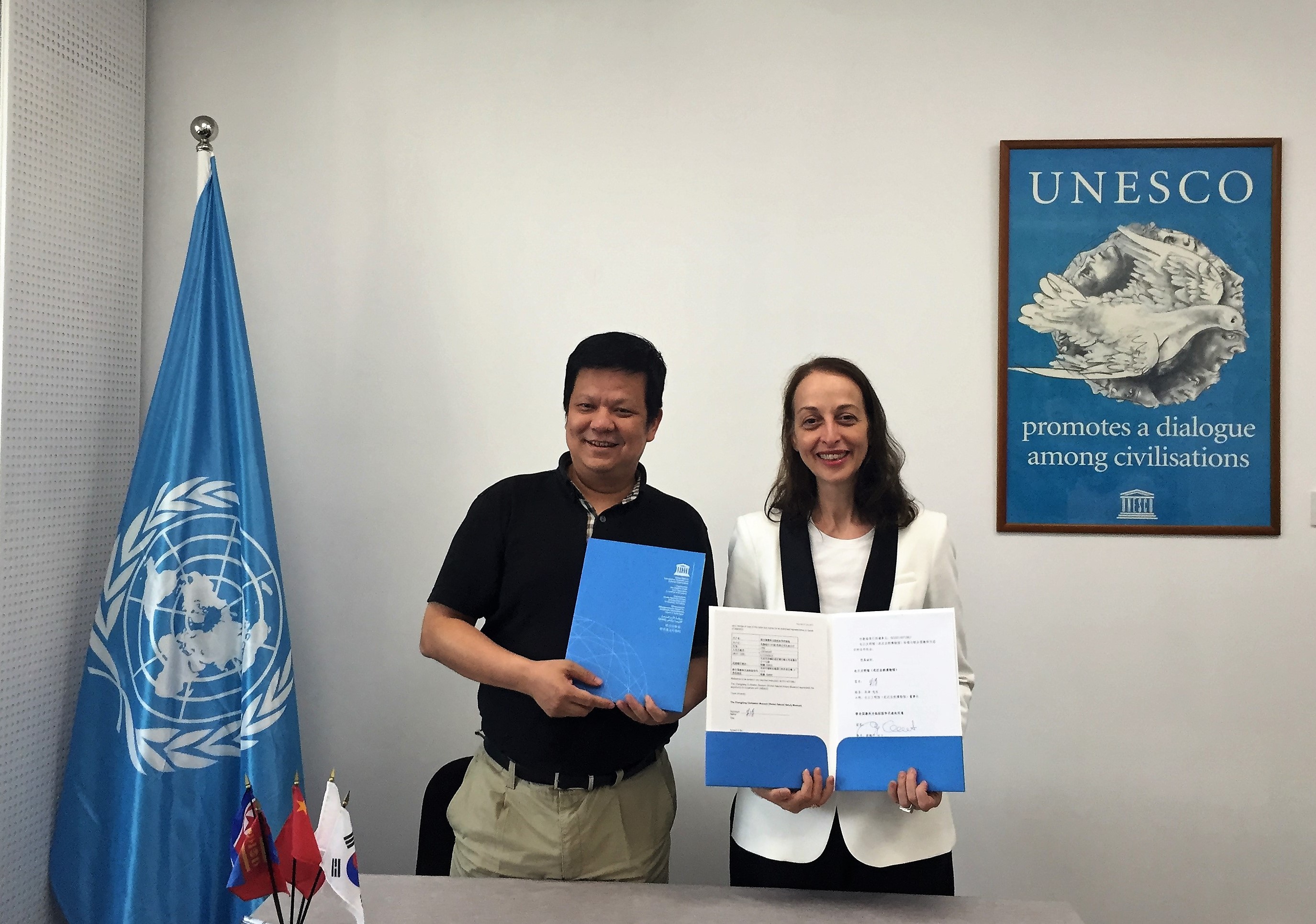 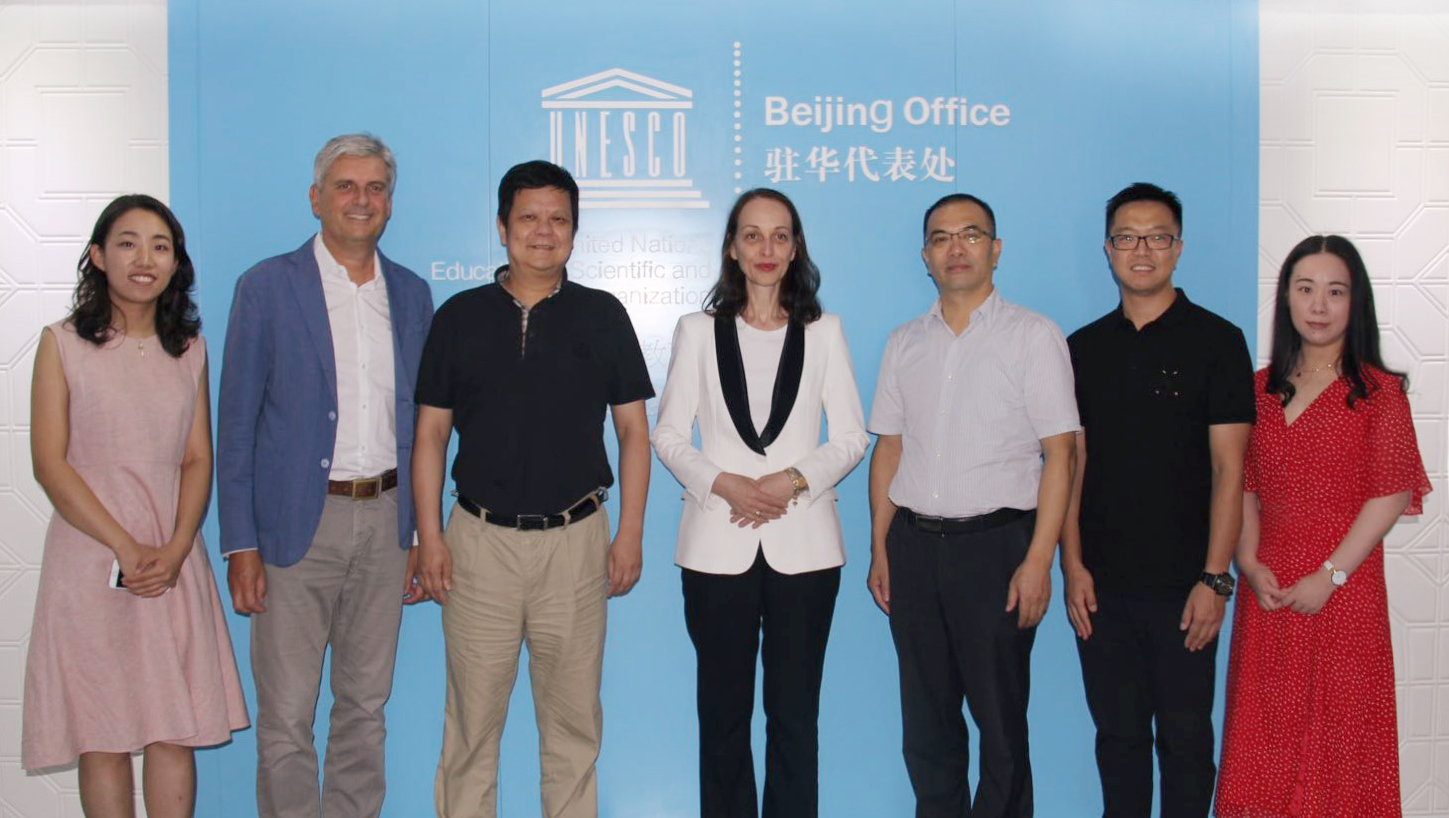 At the signing ceremony, Ms. Marielza Oliveira and Mr. Philippe Pypaert highly praised and affirmed the “2016 Great Rivers Forum” held by the Changjiang Civilization Museum, and believed that their successful experience could be integrated into future cooperation to jointly create an open international communication platform for dialogues between world rivers. Both sides believes that rivers are the blood vessels of the earth and the cradles of human civilizations. The GRF will be a unique opportunity to gather global intelligence to exchange ideas and share experiences while sticking to the common values of all humans. 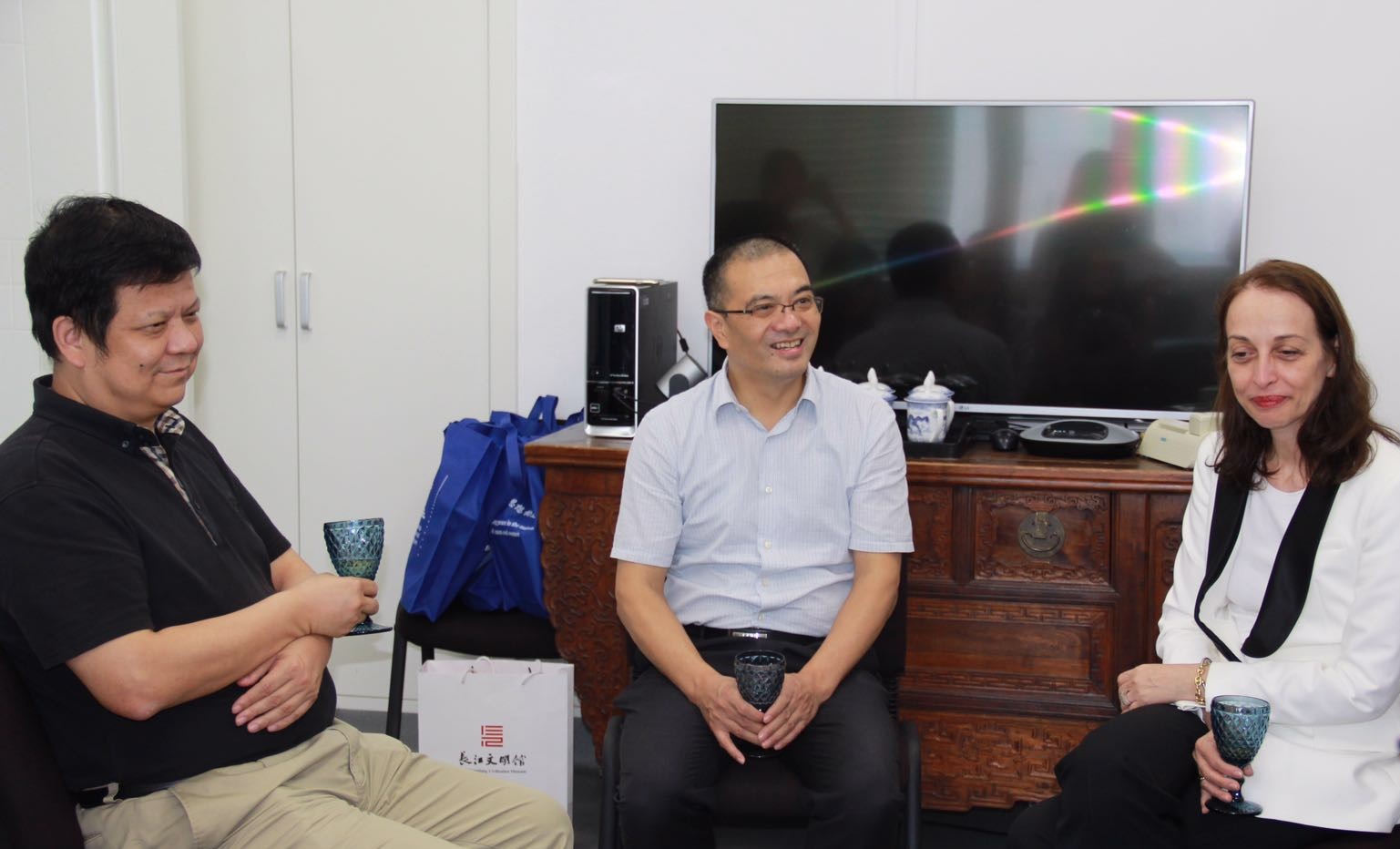 The 2018 GRF will be held at the Changjiang Civilization Museum in Wuhan on 28-30 October. Focusing on the theme of “Confluence: Great Rivers Civilizations – High Quality Development for a Sustainable Future”, this forum will have three parallel sub-forums on the topics of “Great River Civilization: Preserve and Let Evolve Their Natural and Cultural Heritage”, “Water Museums and Great Rivers Civilizations – Heritage, Memory and Sense of Place”, and “Urban Development along Great Rivers – Reconnecting the City with its River”. “The involvement of sister cities and UNESCO networks (World Heritage sites, Creative Cities, Biosphere Reserves and Ecohydrology Pilot Sites) in this cooperative effort will contribute to push forward high-quality development along great rivers, with particular attention to their ecological and cultural environment. ” Said Mr. Philippe Pypaert
The Great Rivers Forum was jointly initiated by the Wuhan Municipal People's Government, the Changjiang Water Resources Commission of the Ministry of Water Resources and Wuhan University in 2016. It is a practice of Wuhan City to build an internationally renowned civilization forum. The forum is of great importance for improving Wuhan’s cultural connotation, enhancing Wuhan's international influence,  and promoting the image of Wuhan city. The cooperation between the Municipal Government of Wuhan and UNESCO will contribute greatly to the promotion of Great Rivers Civilization and Sustainable Development Goals.